TUSC supporters visited Support Stafford Hospital's protest camp yesterday to show our continued support for the fight to stop the break up of the hospital's much needed services. 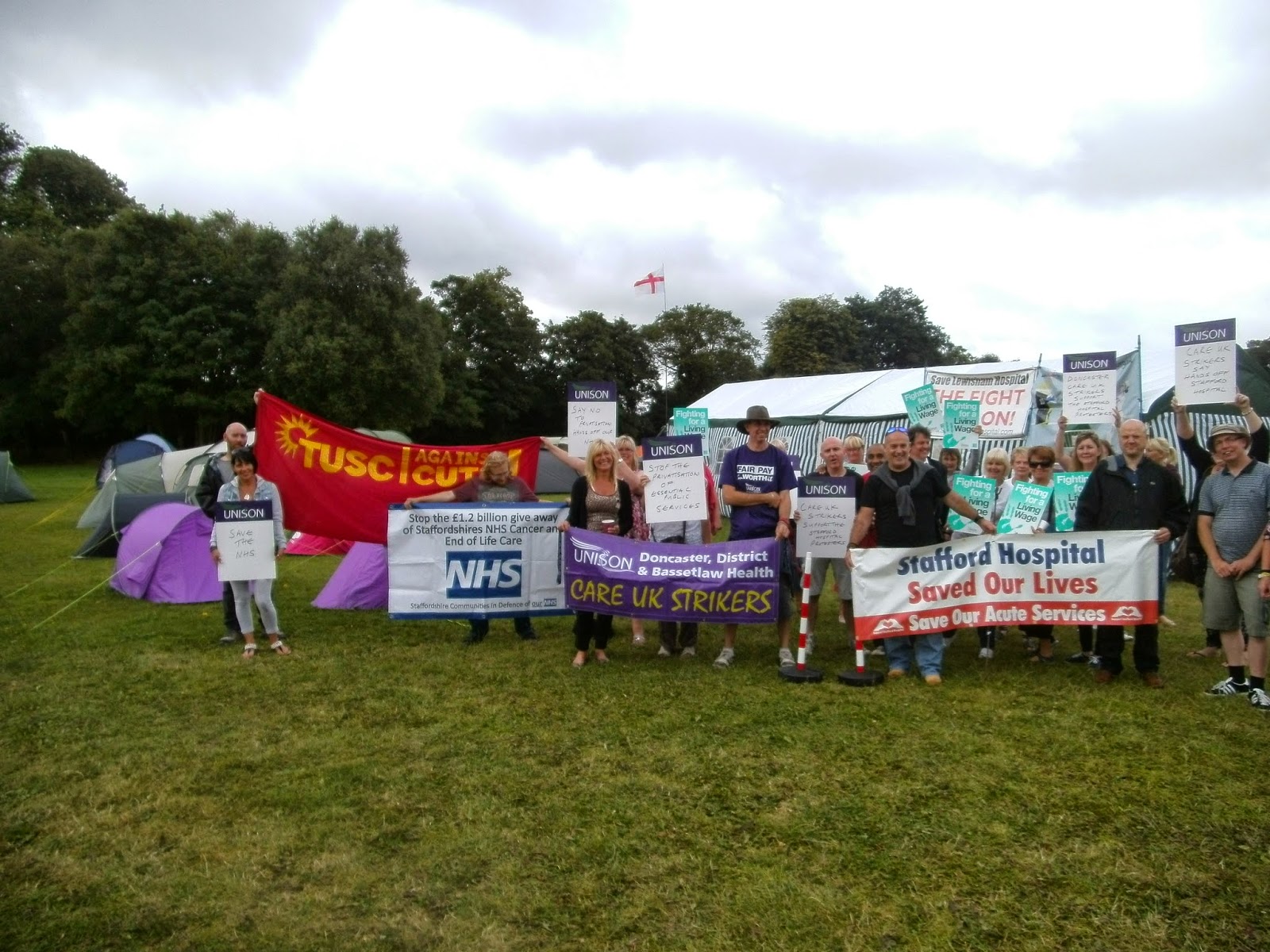 The protest camp was set up nearly three weeks ago in the hospital's grounds by Save Stafford Hospital activists who are determined to continue the fight to stop the hospital being dismantled. Geoff, who has been at the camp from the beginning, told us, “It started with just a few tents but has now grown to about 50 with around 150 'residents' in just two weeks. Other activists and supporters have visited us from all round the country to show their support.”

Visitors from other campaign groups fighting to defend the NHS have come from Lewisham and Charring Cross in London and from Save the Alexandra in Redditch. The Cancer - Not for Profit campaign group, which TUSC supporters helped to launch locally along with Unite and others, has also visited to offer support and build links. This group is fighting the attempted sell-off of £1.2 billion worth of cancer care across Staffordshire. Importantly, the protest camp is also being backed by Stafford NHS workers who make regular visits with food and support.

While we were there a bus arrived with about 30 Doncaster Care UK workers who have been striking to stop savage attacks on their wages. Within minutes, groups of strikers and protesters were discussing the need to join together to fight the attempt by the government to dismantle and privatise the NHS.


TUSC supporters locally are appealing to other groups fighting to defend the NHS to visit the camp from around the country to offer support and particularly to build links between groups fighting the dismantling and privatisation of the NHS.
Find out more about the fight to save Stafford hospital here ......
on Facebook